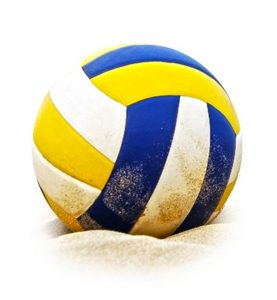 Tucson Leagues has founded its first ever girls volleyball club program, this program has been intensively thought out and has made preparations to give young girls 12-18 an opportunity at participating in a higher skilled level of sand volleyball.

We have partnered with many of our communities best volleyball coaches and trainers. We offer top level coaching as well as one of the best sand volleyball facilities in Tucson. Our goal is to prepare our athletes for their high school seasons whether it is indoor or sand, as well as giving them the opportunity to prepare for college scholarships in both sand and indoor volleyball. Tucson Leagues strives to create strong, hard working young ladies both on and off the court, and to help build a strong sense of character in these young girls. We have a game plan to assist any girl that has a passion for the game or that is new to volleyball to both enjoy the game as well as take it to the next level and potentially earn scholarships. Sand volleyball is the fastest growing women’s collegiate sport of all time, so there is no better time to start preparing than now!

How many girls will my daughter be playing/competing with?

Our girls will be participating in “teams” of 12 girl squads where they will be paired with their partners by coaches. At our tournaments it is predicted we will have at least 6 other teams to participate against. Every girl in our program is guaranteed to participate in both tournaments.

Our teams will begin practice on October 24th, going until December 28th. Practice times will go from 4:30 to 6:30 every Tuesday and Thursday. Both of our tournaments will be hosted at our practice facility which is at Sports Park Tucson. Our tournament dates are November 18th, and December 16th.

Our teams will be separated by age as well as skill level. Younger girls have the chance to participate on an older team if their skill level is noticeably at the level desired for that age group. Older girls may not participate on a younger team, but younger may move up age divisions.

Will this affect indoor club season?

We do our best to work around indoor club seasons as much as possible. Our philosophy is the more touches they are getting on volleyballs the better players they will ultimately become. We expect all absences to be communicated with coaches as well as their partners because this will affect their partners as well when they are not in attendance.

Thank You To Our Partners